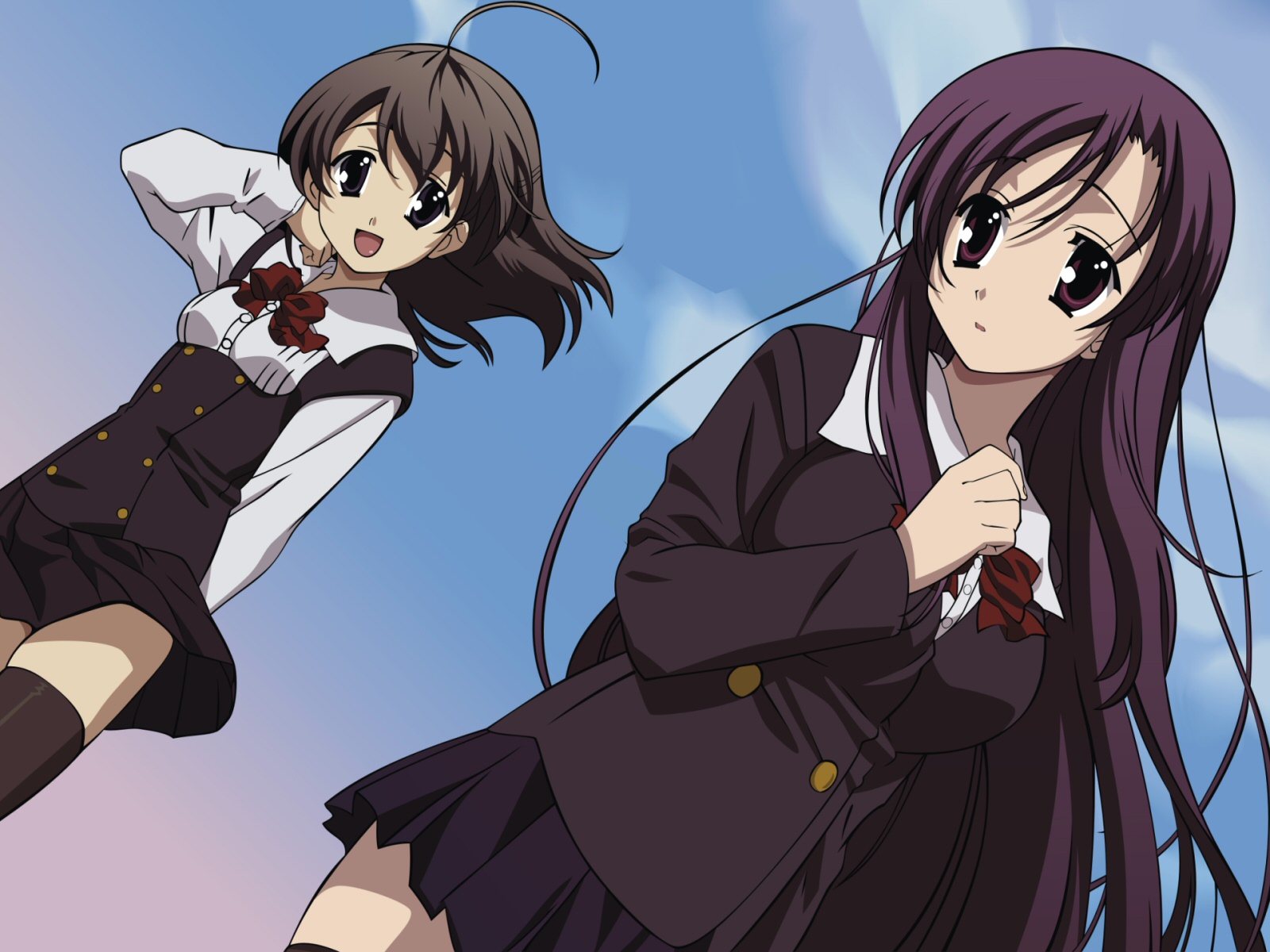 So we have an anime based on a popular visual novel game series that is infamous for its bad endings… So the question I must ask is ‘What were you expecting from an anime adaptation of the series?’

When people talk about anime adaptations of visual novels most people will talk about animes like Kanon, Air or Clannad. Stories that pull at your heartstrings but in the end there is a happy ending, I mean it’s an emotional journey but you get there in the end with your emotions mostly intact.

But what if those happy true ends are not what the fans of the series enjoy? What if they are after something that delves into the darker side of romance? Emotional abuse to the point of a psychotic breakdown, moral standings that quite frankly just are not there and the emotional journey of growing up and having to learn that there are and will be consequences for your actions?  When you are looking for a story with these elements I have to say School Days has them.

Is the series perfect? No, the series has its many flaws but on the whole, I believe the series set out to tell a different story to all the other slice of life high school romance stories that are out there in the anime world.

One of the biggest complaints I see about the series is the main character Makoto Itou. 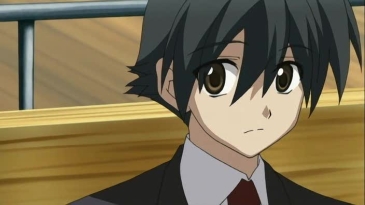 We all hate this cunt, but that is the point you know that right?

I have heard anime fans say he is an unlikable douchebag and that is putting it nicely, and I won’t disagree with this statement because that is what he becomes throughout the story of the series.  I must ask however how many of you the readers of this review had perfect morals as a teenager? Teenagers have a very live in the moment attitude and this is what we see in Makoto.

He sees the pretty girl Kotonoha Katsura on the train to school and takes an instant liking to the shy girl based solely on her looks. He wants to ask her out and wants her to be his girlfriend, but as I’m sitting re-watching the series for this review I found myself wondering. Does Mokoto really understand what it is to go out with someone? Does he just want to go out with Kotonoha so he can walk around the school with a pretty girl on his arm or is there something else he wants? 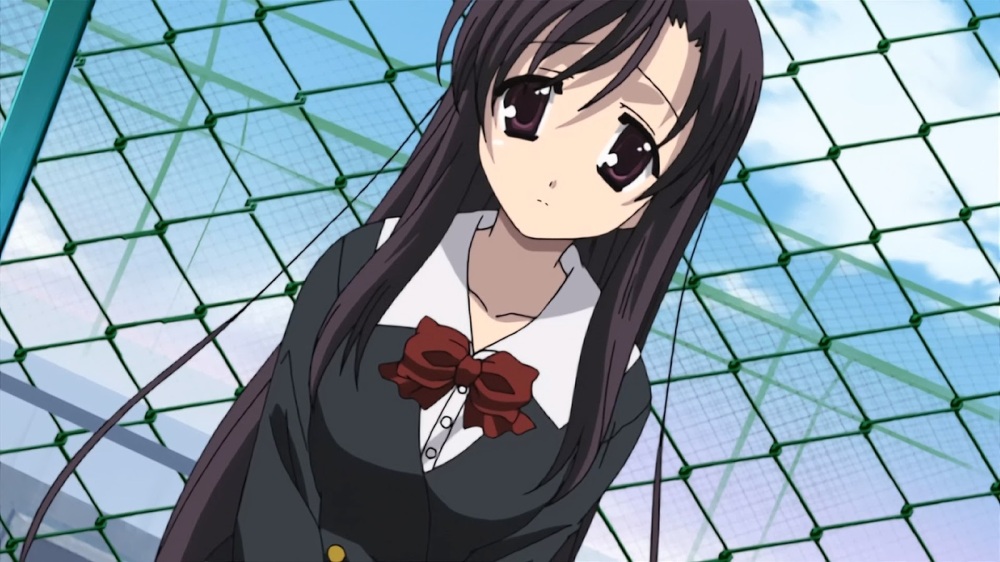 I say the answer is the last one when we look at the age of our main character (don’t worry my viewer I am not some man-hating feminist I can assure you) but if we look at teenage males of this age bracket we can hazard a guess as to what is on their mind. In our teenage years, we learn of and how to act on hormonal cues as we grow into adulthood. It is just human nature to want to have sex and this is what our main character wants when he sees Kotonoha. With the help of Sekai Saionji from his homeroom class he gets the date with the girl and after the date with the girl, he comes to realize that Kotonoha is not ready for what Makoto is for and this becomes clear at the end of the date in episode 2.

Makoto wants the relationship to move faster than Kotonoha is comfortable with it going. This is a common problem with new relationships especially first relationships of a romantic nature. Sometimes one partner (and not necessarily always the male in the relationship) wants to move things on faster than the other person. This was something I saw a lot when I was a teenager or overheard other girls talking about. I’ve even heard stories of guys thinking they are gay because they are not ready for sex when their partner is, so yes there is pressure on both sides when it comes to new relationships.

When Mokota realizes that not only Kotonoha is not ready but that Sekai is ready for what he wants he very quickly jumps ships to her over the girl who is his girlfriend Kotonoha. I think this is the moment the series loses a lot of viewers and a lot of people decide I don’t like this character so I don’t like this anime.

Truth be told for myself Mokoto is not the character in this series I hate the most, it is Kotonoha’s classmates that start bullying her when the assume that Mokota and Kotonoha have broken up because they find out that Sekai is with him. Teenagers especially female teenagers can be amazingly cruel to others, especially when they believe the other is different from them. Kotonoha is an easy target for not only their abuse but later in the series their very own amusement. 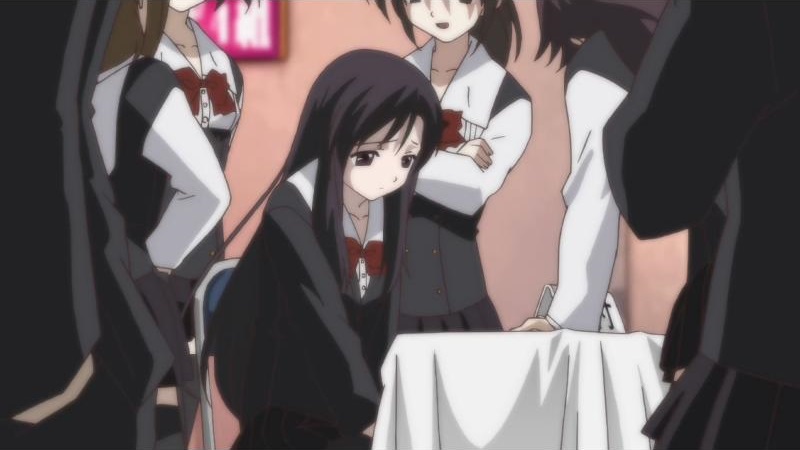 In School Days we have a story of first a destructive first relationship in the form of a love triangle that slowly grinds down one of the corners before opening the floodgates when even Sekai becomes too much of a hassle for our main character, so when other girls want sex from him no strings attached f course his going to say yes. His having fun with this no strings attached arrangement with all of them that is until the reality of the whole situation comes crashing down on not only him but everyone involved in this twisted story.

Sekai confronts him in class telling him that their activities have resulted in a pregnancy. This is the last thing Mokota wants to deal with so in an act that shows the immaturity of the character (because yes teenagers are immature) he decides he does not want anything to do with her or the child. When word of this gets around the school he becomes isolated and everyone is avoiding him and this is the moment where the consequences of his actions hit him. But he decides to not deal with it. As cruel as this turn of the events in the story is it sadly does reflect the common outcome of these kinds of stories in real life.

We have all seen the stories on the news and now these days even popularized with shows like 16 and Pregnant of young boys enjoying the act of sex but when the end result of sex happens they don’t want to deal with it anymore.

It is at this his lowest point that he finds Kotonoha also broken. He claims he has come to realize his mistakes he has made and even feels guilt and remorse for the state that Kotonoha is in because he knows it his fault she is like this. This is the one and only time in the series he does take responsibility for his actions but as those who have seen the series you know, this is too little too late for him.

Now I must write about the elephant in the room of this series, that lovely boat. All kidding aside my reader Makoto and Kotonoha end up together again and this enrages the pregnant Sekai who snaps. If she cannot have Mokoto to herself she does not want anyone to have him especially Kotonoha who she worked so hard to get him away from.

This ends in a bloody murder followed by an (in my opinion at least) more disturbing confrontation on the school roof between to the two girls. These are two girls that throughout the series we have seen mentally deteriorate throughout the series. Whether it was Sekai losing her moral compass or outright throwing it away to get what she wants and Kotonoha our innocent shy girl who has been mentally broken not only by the fact that the boy she gave all her heart to but also by those around her. Her classmate’s used and abused and Sekai was someone she thought was her friend and she hurt more than any of the other students did not only by first taking Mokoto from her during their relationship but taking him away from her forever through her grisly act of jealousy over a guy that by the end of it all really wasn’t worth what these girls were fighting for. 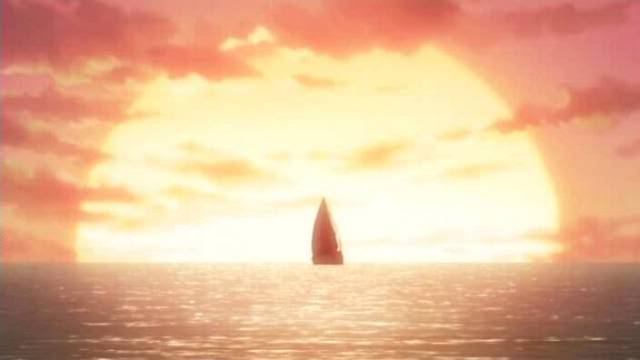 You have to admit, that is a nice boat

So that is how I see School Days. I did not write this review to change anyone’s mind of the series but simply to put a different point of view out there.