I can only do what I yearn to Do! Otaku Teacher Review

2015 was a very hard year for me and my family. I will not go into the details of the current situation because these were and still are a very personal family issue. Because of this, I ended up using anime and other media as an escape from what I had to deal with in the real world. I had a lot of days where I just wanted to sit down and watch something and just forget my problems for a while and just by the end of it have a huge smile on my face and other days I just wanted to lie in bed and watch nothing.

There were three anime last year that put a smile on my face and made me forget my problems for a while and the second one was Assassination Classroom, but I don’t plan on reviewing that until the second season is over. The third was Shimoneta which I plan to review in detail in the coming months if not earlier. But the one anime I kept going back to again and again and always kept me smiling was Ultimate Otaku Teacher. Every time I had a hard day last year I turned to one of those shows, which along with those close to me, helped me through quite honestly one of the hardest years of my life.

The series tells the story of a shut-in otaku by the name of Junichirio Kagami. A scientific genius with no interest in science but with a love of all things anime who himself states he suffers from YD who is forced to become a teacher by his sister so he can contribute to the household. 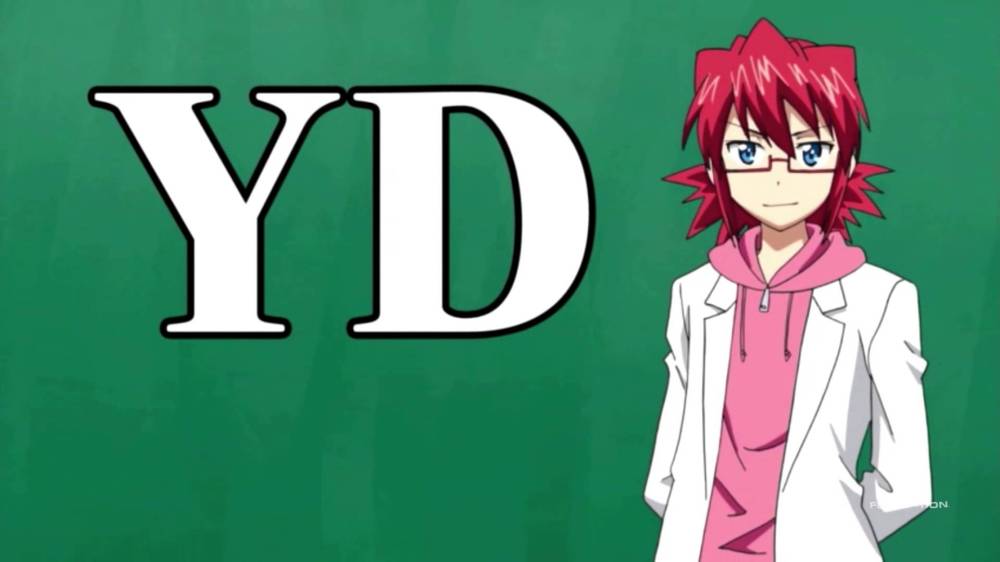 What is YD? YD stands for ‘I can only do what I yearn to Do!’ It is this message that is the underlining theme of the series and part of the reason I was drawn to this series. I won’t say much for the plot of the series because it is a very episodic series, not that this is a bad thing, it’s just like many other episodic series like say Laughing Salesman New such a formula can quickly become repetitive to the viewer. If I was to compare this series to another anime though, I would say it has a lot in common with an older series called Golden Boy in the fact that the protagonist at times can come across as a lewd idiot, but he is a lot smarter than he lets on. Though a big difference between the two characters is just how lazy Junichirio can be.

While watching this series I began to wonder as I watched the characters find what they yearned to do, what it was I truly yearned to do. I am defiantly what one would be classified as long-term unemployed, heck at this point I am a full-blown NEET. That being said I can not say I have wasted my time over the years while looking for work, looking for that step in the door. I have had a passion for reading and writing since high school and have read many brilliant stories over the years. I have also been practicing and improving my writing skills through fanfic writing.

Writing is something I believe I will always love doing, so is this what I yearn to do? I believe it is, so maybe I have YD, though I’m hoping it is not as bad as Kagami sensei’s. What I yearn for this year however is to find a job and I have already been working harder towards this goal.

There is one big downside to the series however that makes it somewhat hard for me to recommend to other anime fans. The series is very very formulaic and is also overrun almost completely with anime cliches. Nearly every character in the series falls into an anime trope and this could defiantly make the series come across as stale to a long time anime fans.

The series was a fun ride for me though so I would defiantly say watch it if you get a chance and you are looking for something uplifting that will make you smile, but I probably would not choose it over another series. Basically, this is one of those shows that you will sit and watch if it is on but you don’t go out of your way to find it.

5 Replies to “I can only do what I yearn to Do! Otaku Teacher Review”