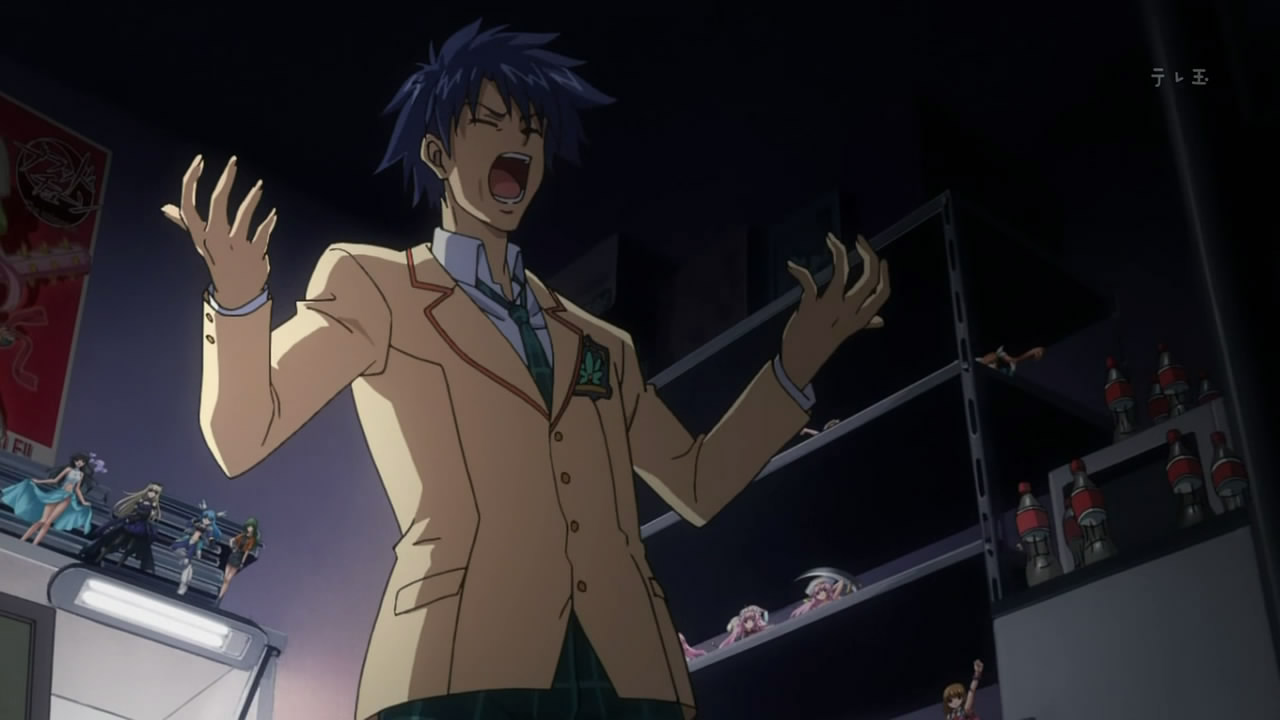 Those Eyes…. whose are they?

An anime that exists in the shadow of the much loved Steins Gate, as well as the underrated Robotics Notes, is Chaos Head, an anime that questions the reality of reality itself through delusion and mental disorder. A series where nothing is ever what it seems on the surface and a series that you will most likely understand more upon a second viewing because you can never look at it the same way twice.

This series is one that will throw several red herrings at the viewer and it becomes almost a game as you watch to figure out if what you see is fact or fiction within the series.

Is the series a mystery about a group of grisly murders dubbed by the media as the new gen?

Is it about the relationship between the mysterious pink haired girl and the main character?

Is the local idol somehow related to all that is going on and who is the mysterious general?

Or is all this just a paranoid delusion in the head of a disturbed main character who is slowly losing his grip on reality itself, and if so is there any way he can save his own sanity?

There are even more questions within the series but I won’t add any more as they would dive into spoiler territory, just know that that the series is a rabbit hole of paranoia and delusion and that is what drew me into the story of the series. The main character of the story is also the main reason why I did not immediately drop the series when I first saw it.

A lot of the characters within the series are bland and feel like nothing but part of the backdrop of a stage play than other actual characters within the story, that being said with how tangled and disordered this story can be perhaps that was the intent, I also get the feeling it is this disjointedness is what stops a lot of viewers from diving deeper and usually leaving the series early on.

The series for me seemed to have an over-arching message of delusion vs reality, paranoia vs trust and a wish to make sense of it all from the perspective of the main character. With his fractured mental state however and his choice to live in delusion, there is also a fear of that delusion disappearing and being left with nothingness, alone. Is sanity worth loneliness?

We all have times in our lives, hard times where we do not wish to deal with the reality of our problems and those of the rest of the world. Dealing with other people’s problems on top of our own can be draining and exhausting. For some, it is just easier to escape, forget our problems and just ignore them till they go away.

That escape can come in many forms whether it is in between the pages of literary or in the world of our favorite TV show. A world where things seem to work by a certain rule. There is a comfort in rewatching an old favorite series; anime or otherwise. This is because we are escaping into a world we know so we can feel a certain level of control in an otherwise uncertain world.

There is nothing wrong with wanting an escape in fact for our own mental health it can be needed, but when these escapes become obsessions that make us ignore everything around us and shun our responsibilities then it can become a problem. It can be like an addiction fueled by anxiety and fear of losing that comfort, you get to a point where you cannot cope without it.

Though often overlooked by many I highly recommend the journey that is Chaos Head, some parts of the series can seem to drag on and most of the characters besides the main are boring but underneath its many flaws is an anime worth watching in my opinion, I must also say if you enjoyed Welcome to the NHK then this is a series you defiantly should give a watch as well.

2 Replies to “Delusion is Reality, Reality is Delusion – Chaos Head”