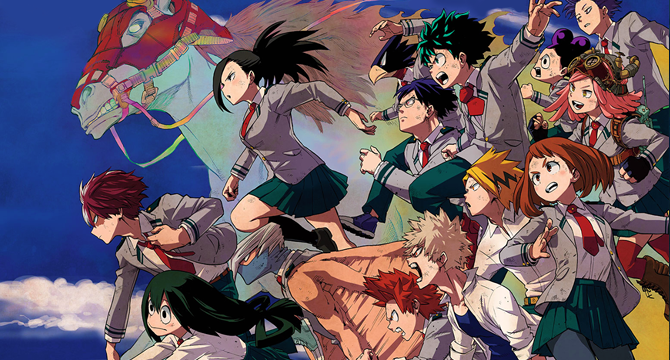 2016 was probably the biggest emotional roller coaster ride I can think of in recent history for myself. It has been a year of anger, frustration, anxiety and great happiness. I thought for a long time that I had felt the full force of hating another person, but this year I was shown just how far one can hate someone you have known for most of your life. I do not want to dwell too much on the negative of this year however and walk away with some positives that I want to start the new year on. 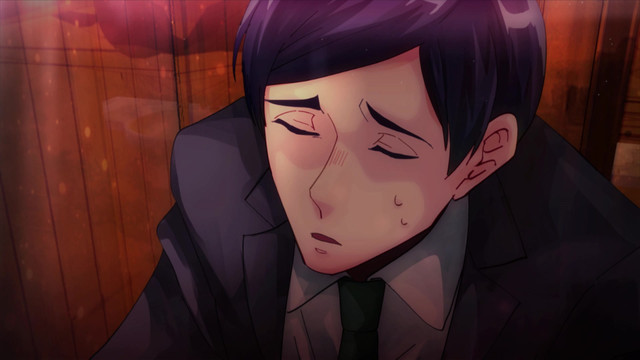 I finally got to join Crunchyroll which along with Animelab this year opened up more anime for me. This Boy is a Professional Wizard, the latest in the this boy series by Soubi Yamamoto was an absolute joy to watch both visually and story wise. In it’s short run time it had a plot that sucked me in more than any long running series this year and that is saying a lot.

Then My Hero Academia came along and I was loving another adventure shounen series and I felt like I was once again in my youth when I loving shows like Dragonball Z, Naruto and Pokemon. There is something nostalgic about a good shounen under dog story, even though they can become very predictable you can always rely on them to bring some fun to the weekly anime viewing roster.

On the subject of nostalgia as well thanks to Crunchyroll I have been able to go back and watch the original Yugioh series uncut and I still love it as much as I did my youth. The original Dragon Ball Z is also now on Animelab for all us lucky Australian anime fans and watching that subbed has also been an interesting experience. Dragonball Super has also crept its way finally into my viewing schedule and I am also enjoying the series though it is not quite a must watch for me each week.

The High School Life of a Fudanshi and Gakuen Handsome both made me laugh at just how self aware both shows were especially the later (and don’t worry there will be a Gakuen Handsome review coming out as soon as I can get it typed up) and Shounen Maid is also worth a mention here as well as it is a series that both made me laugh and tug at my heart strings and made me finally understand the concept of moe on an emotional level I think.

You may have noticed my reader at this point that I have failed to mention Yuri on Ice in this post, well all I will say on that is that it is definitely my favorite anime of 2016 and if you want to know more of my opinion on it you are going to have to wait on my review.

2016 also saw the ending of my favorite comic series over the last couple of years Transformers More Than Meets The Eye. I have been a transformers lover since my teens and this comic series caught my interest last year when I found out there was a canon slash pairing with Chromedome and Rewind. I came for the fanservice but I stayed for a gripping story of drama, melodrama, plot twists, comedy and redemption archs.

While on the subject of Transformers, earlier this year a mini series was released on YouTube titled; Transformers Combiner Wars. A lot of transformers fans hated this. I was in the minority that actually really enjoyed the mini series. The story was far from perfect and so was the animation, but it gave me that mature transformers story I had been craving from the animated side of the franchise for years. (and let’s just face it, mature story is definitely not something we are ever going to see from the live action movies) Also me enjoying stuff that other people don’t is really not much of a surprise to me anymore so please don’t be upset my readers with what I am going to say next. 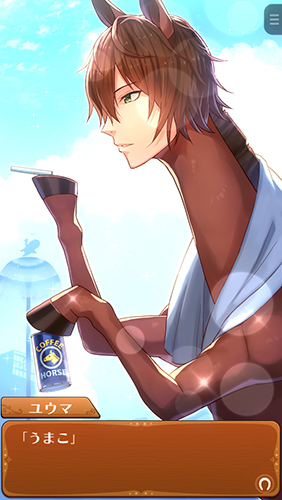 A new phone for me after the big move allowed me to get back into mobile gaming. Mystic Messenger is a game I had read countless positive reviews for and quickly caught my interest. Upon playing the game however, I found myself disappointed. It got to a point where I could not even play the game without paying and this killed it completely for me.

Though late to the party because my previous phone could not handle the software I finally got to play Pokemon Go in October and have been playing the game off and on since then. It’s kind of fun I guess. My favorite mobile game for the year though is definitely one that came out recently.

My Prince Horse is a quirky, fun and completely nonsensical. The premise; you are dating a horse with a handsome human face through cut scenes and mini games. The mini games are basically all the same but it is enough silly fun to pass the time.

Console gaming on the PS4 was fun for me this year as well and I played quite a few digital only titles that I loved. Gems of War is the kind of game I knew I would get addicted to and I was right. What on the surface looks like a simple puzzle game has a depth of strategy thanks to the card battling system that joins the puzzle based fun. Think Candy Crush meets Magic the Gathering almost.

Akiba’s Trip 2 was a surprise find on the PSN store that upon playing I instantly loved as well. My favorite digital game though had to go to Project Diva X! I love rhythm games (my all time favorite DS game is Elite Beat Agents) and upon seeing I could finally play one I was hyped and loved every minute of it.

The last bit of gaming has to go to Final Fantasy 15 which at this point story wise I am about half way through. THIS GAME WAS WORTH THE WAIT!!! The battle system is fun, the characters amusing (I love Gladios!!) and it has been a blast to play.

Though no where near the masterpiece level of Alan Moore’s Killing Joke comic, I did not completely hate the animated movie of it released this year. The added prologue did run a little too long, the sex scene was greatly unneeded and extremely awkward for long time Batman fans like myself and the meat of the story did not hold nearly as much weight as the book did it was still an enjoyable piece of media. We got Mark Hamill back as the Joker and that was enough for me and on the note of the Joker.

I did not hate Jared Leto’s Joker in Suicide Squad in fact I almost adored it, the only thing for me was the laugh was not quite there, it lacked a psychotic cackle it was almost there but not quite. (but that could be my own bias simply because I love Mark Hamill’s Joker laugh so much) Suicide Squad was definitely my favorite movie for 2016. It was just plain stupid fun which is what I needed this year. I can honestly say I had as much fun watching Suicide Squad as I previously did watching Deadpool.

The one thing I have loved most about this year though, is every single one of you!! This blog has opened up near I almost want to call them friendships but my level of trust in people is still not quite there yet, but I think it will be in time. Every one of you who has read, liked and commented on my posts has helped me to stick to it with this blog and have also helped me feel a little less lonely after the big move earlier this year.