Well it would seem my lovely reader, that my other list considering of nine lovely recommendations for my fellow fujoshi has been one of my most popular posts, and I did promise we would take another look into some fun anime that I just know you will enjoy, maybe if your lucky you might enjoy them a little too much.

This anime is a guilty pleasure for me it really is and it might sound weird but my first recommendation this time around is a one off episode from the show, episode 18.

This episode deviates from the comedic tale of Karin the blood giving vampire and focuses on the back story of her handsome brother Ren and the awakening of his vampire powers. Which happened within the closed in walls of an all boys boarding school, high school students and vampires a winning combination if not a little cliche. This episode is completely self aware of the tropes it is running with and parodies them with hilarious execution which makes it a must watch for any yaoi fan who likes to laugh at the sheer hilarity of many tropes within the genre.

I was kicking myself the moment the last list went up and I failed to mention this anime classic!!!

An adaptation of the manga of the same name by Kazuya Minekura, the story follows the rogue priest Genjo Sanzo and a group of demons that come along for the journey west to bring peace back to a land where demons and humans once lived in peace. This series is hilarious with plenty of action for any shounen lover. There is also still to this day a large boys love following for the series with plenty of yummy artwork, fanfiction and doujinshi to be found around the net.

On his way home from school one day Tatsumi saves a man out cold on the shore of a lake and this is where his troubles with roommates begin, for Wakasa seems to be more trouble than he might be worth, all he knows is his water bill is going up.

Each episode of this anime is only a couple of minutes long so personally I have found this a great series to put on when your have had a rough day and just want a moment to smile.

I am just going to out right say this now Saint Young Men is my all time favorite slice of life anime and the odd couple yet caring relationship between Buddha and Jesus is adorably hilarious.

I suppose it would be considered kind of old now with the two original OVA’s coming out in 2012 and the movie in 2013 (yes this anime has a movie and it is hilarious) I must admit, I find it so disappointing when I bring this anime up people either don’t know what I’m talking about or will not touch it because of who the main characters are.

This anime is in my opinion the best anime to date that has been released by A-1 Pictures and is a must watch for any fujoshi.

Admit it it would have been so easy for me to put a male idol anime like Uto no Prince Sama on this list, don’t get me wrong I’m going to give you a male idol anime right here but this one will not be what you expect.

Former art student Miki Ishimoto, has gotten her first job out of collage and she is so happy she will never have to see an art bust again. That is until she finds out her new job is the manager of an all male idol made up of four singing art busts. Now along with ‘The Rookies’ St George, Mars, Hermes and Medici will they become a success or go bust? Bad puns aside this is an amusing anime that plays with the common tropes of the idol anime formula which has grown in popularity in the last few years. 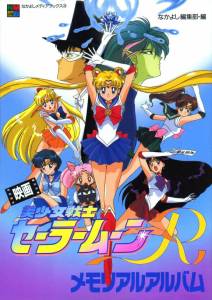 Yes of course Sailor Moon is on a fujoshi’s must watch list! This story begins back when Mamoru (Darian in the dub) was in hospital as a child and he gave another boy he befriended a rose. Now that boy from the past has returned and he wants Mamoru all to himself and he is not going to let anyone not even the Sailor Scouts stand between him and the one he claims to love.

Sounds like something from a boys love fanfiction of the series right? Well it’s an awesome Sailor Moon movie and it is what convinced me to rewatch the series as an adult subbed and I loved it even more than when I was a kid. (Not a fan of Crystal though, just cannot get into it no matter how much I try and it is the same with Dragon Ball Super) 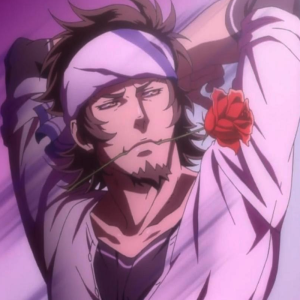 This one will be hit or miss for you my readers, see this one is on the far side of both strange and pure fan service.

There has been a small amount of backlash for the series for the seventh episode. See the title mentions ‘A hot five year old’ creepy if you let your mind go there but the whole episode is basically a one sided argument with a five year old on a hot day and trying to get them down for a nap. Nothing more!

On a side note my favorite pillow boy is Yuichichiro Iida, a 41 year old food cart worker. If you have already seen this series let me know who your favorite boy is.

This is another anime I regret not putting on my previous list and another case of, if you look at the official artwork for this series you know who the target audience was.

Daisuke Niwa has fallen in love for the first time but because of a family curse this has awaken the being from within, the phantom thief Dark Mousie and now Daisuke has to work through his changing emotions and put all that training he has mysteriously put through to the test.

The biggest pull for any fujoshi fan of this anime is Dark and his never ending rival Krad as well as Niwa and his mysterious classmate Hiwatari. The ships are sailing with his series my fellow fujoshi. Plus cool angel battles are always fun. 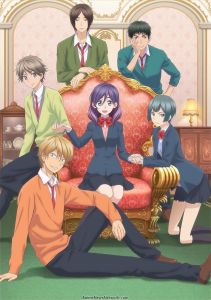 I’m just going to out right say it, I am not a fan of harem or reverse harem anime and it takes a lot for me to get invested in these stories. Now a reverse harem with a fellow fujoshi at the center, color me intrigued and curious.

Is it ground breaking for the genre and a masterpiece? In my opinion no, but I have to put this down as a must watch for any fujoshi. The prejudice our main character’s brother gives her is right on point with my piece My Life as a Yaoi Fangirl – Dealing with Misconceptions and Hate and it does have it’s moments that did make me laugh. It may not be for me, but maybe it is for you.

So how many of these anime have you seen my readers? Do you think their are other anime out there that would be perfect for this kind of list? Feel free to let me know below, but just to let you my lovely readers know I am planning a list for sports anime in the future….