Be-Boy Kidnapp’n Idol -Does being a Classic make it Good?

Today’s review is about a boys love anime considered by many as a classic of the genre, but does being a classic make it a good anime? Well no actually. 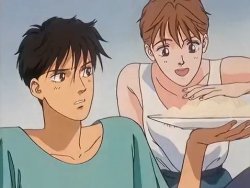 Released in the late 80’s this anime OVA would have most likely quickly become forgotten if not for the fact that it has not been until recent years that we get good quality boys love anime released almost every year. When I first came into the yaoi fandom in the mid 2000s there were not that many boys love anime available to watch, but once I became a hardcore fan and full-blown fujoshi I made it my mission to watch as many yaoi and boys love anime as I could find online and let’s just say that this one episode OVA is forgettable. How Forgettable? Well, I completely forgot that I had watched it and when I was updating my profile over on My Anime List I looked under the Shounen Ai tag to see if there anything that I had not yet watch and this anime came up and my reaction was ‘oh yeah I saw that don’t remember much’. So recently I rewatched it on YouTube and instantly remembered why I forgot this anime. It is cliche, lacks any sort of pacing and goes between being a boring waste of time to just plain annoying.

Kazuya is a high schooler and popular idol with heaps of female fans that hound him constantly and he lives with his best friend Akihiko who pretty much looks after him because he is kind of hopeless without him. The interaction between these two is well annoying much like everything else in this anime, for a lot of time it feels like Akihiko is just putting up with his brat of a best friend.

The kidnapping part of the story comes out of nowhere and is over so quickly it’s almost like what was the point, there is the smallest bit of foreshadowing but if you blink you might miss it. 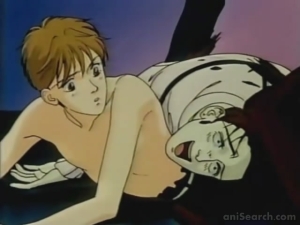 I would seriously only watch this if you want to say you have watched every Boys Love / Yaoi anime out there, if you don’t care about that kind of thing then just give this one a miss because it is a massive waste of time the only praise I a really give it is the character designs are cute, for the main characters at least, many of the other characters are very bland.

One Reply to “Be-Boy Kidnapp’n Idol -Does being a Classic make it Good?”