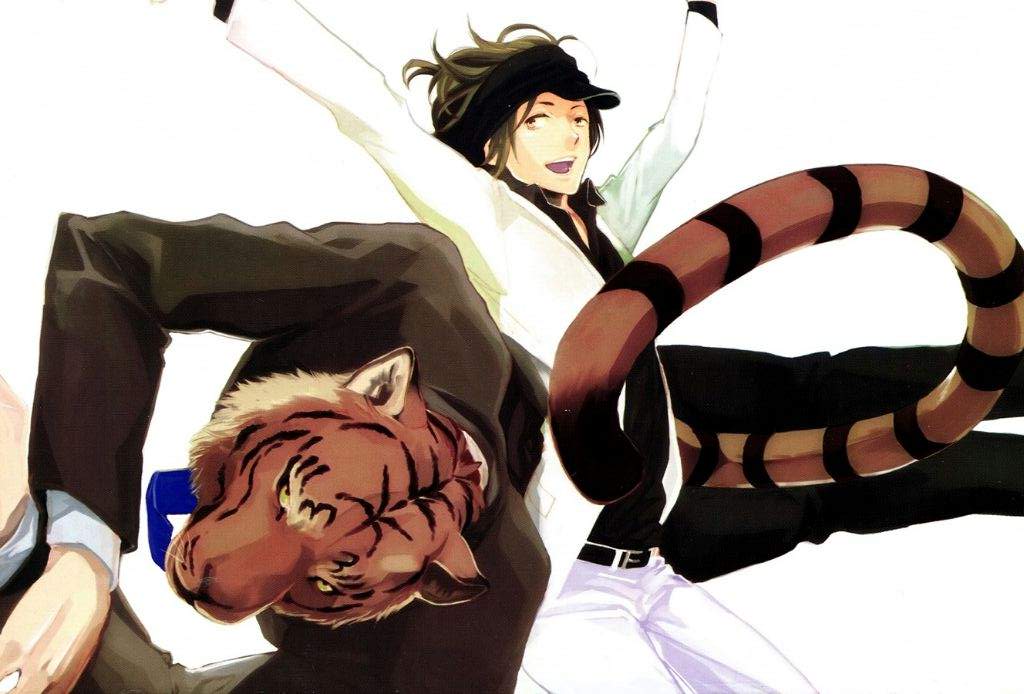 Kotetsu Dining is a quirky yaoi manga, to say the least, but it is a quirky story with a lot of heart at its core as well. Telling the story of the mysterious Hyuuga, a self-proclaimed masked pro-wrestler who has an actual tiger’s head and tail and his air-headed roommate Akaru who works as a male host. These two seem to be from completely different worlds except for the fact they live in the same apartment together, will there differences keep them apart or perhaps there is something more between these two young men?

Before I continue this review I suppose I should give mention to the ‘tiger’ in the room. It becomes obvious to reader very early on that Hyuuga is not wearing a mask, but he is not a ‘furry’ either… he just has a tiger’s head and tail, the rest of him is very human, so if you were worried this is a furry story well that really depends on your definition of a furry. For me, a furry tiger character would be something like this… 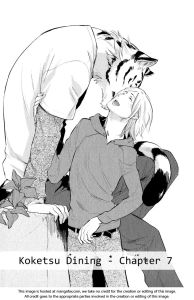 But as I stated Hyuuga is not like this and the rest of his body is a human male and you get to see proof as that as the story of this manga continues. Perhaps it is because of this that Akaru continues to believe that it is a mask. I will admit he’s level of naivety and airheadedness can border on frustrating at times, that being said one thing quickly becomes clear, he really does care for Hyuuga something our tiger does not seem used to. The manga is not without any faults however and it’s the biggest fault for me is its abrupt ending. just as things feel as they are moving forward the story just ends with no real conclusion

An amusing slow-burning romance between the two keeps me coming back to this manga and if you are looking for something a little different but still has all the tried and true tropes of a yaoi manga then this manga is a nice change of place. It is nothing groundbreaking for the genre but not everything has to be, sometimes you just want to sit down and read something that makes you go aww so sweet and for me that is this title.