What makes a boy a boy?

What makes are girl a girl?

The answer it seems is not as simple as the words found within the popular rhyme may be. Gender is a subject of hot debate over the last decade and it will continue to be in the years to come. It has gone from arguments over whether a girl can have short hair and a boy have long hair in school to debates about bathrooms and pronouns. Then add a big dose of political correctness to the whole debate and things get even more complicated. Wandering Son is an anime about gender and adolescence, it is also a series unlike any other anime before it or since.

Released in the 2011 winter anime season and based on the manga by artist Takako Shimura who is no stranger to stories with LGBTQ+ representation, though her stories do lean more towards lesbian and transgender representation and it is that transgender representation that makes Wandering Son an amazing anime. The main focus of the animes story is that of Shuichi Nitori, a boy who wishes he was a girl and his friend Yoshino Takatsuki, a girl who wishes to be a boy. What I love most about this set up in the story is that we get to see two different sides of a story like this. For me at least I must admit I do not see that many stories about a female to male transgender person and seeing the different struggles for the two characters gave further depth to the story being told.  One such subject that is brought up within the story of the series is how it can at times be easier for a girl to dress as a boy if she wants to, but when a boy wants to dress as a girl suddenly there is something wrong. 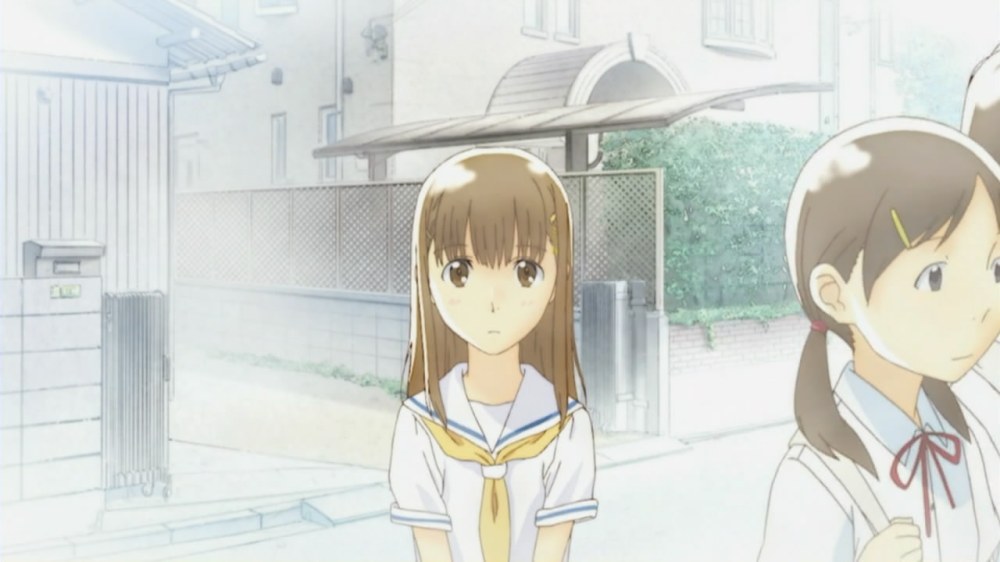 This has been a subject I must admit bothered me as a child growing up, especially once I reached school age. See I remember as a child because it can get quite warm here in Australia in the summertime playing under the sprinkler to cool off and as children do running around in just shorts. Then one day I get told that I had to wear a shirt when I play under the sprinkler outside and this made me very angry because my brother did not have to put a shirt on. I was simply told by the adults ‘that’s because he is a boy’. Gender has always been something I feel I just never really understood and is one of the main reasons why I myself identify as non-binary.

Like all stories of youth and adolescence, however, Nitori and Takatsuki’s world is not a safe little bubble where they are always free to express themselves and the cast of supporting characters are not always there to support them. If everyone around these two was completely accepting of who they were the story would one get boring pretty quickly and two be very unrealistic to what transgender people go through. One of the best examples of this within the show is Nitori’s older sister, who outright calls her ‘little brother’ sick and disgusting.

Anime does not have a good track record when it comes to transgender characters, more often than not they are a gag characters or at worse a fetish character commonly referred to a trap and admittedly I must confess I have been a fan of many of these characters and I can see now upon actually knowing some transgender people now how problematic at times these characters can be and yet I can not bring myself to hate these characters either. Complicated thinking I know but hear me out, it really comes down to the same issue people have with the representation of homosexuals and genres like yaoi and yuri. These types of characters are not meant to be a representation of real-life issues and people, they are nothing more than fiction, fantasy and yes at times fetish.

Jun Watarase was the first anime figure I ever bought and I still love the character, though many speculate still as to whether the character is just another trap or a transgender character

Wandering Son is an amazing anime that tells the kind of story I wish I saw more often in anime and manga and if you are looking for a show that takes a good hard look at what it may be like to be a transgender child I cannot recommend this series enough.

I want to end this post with a great big thank you to everyone for all your support this Pride Month on Yaoi Playground!