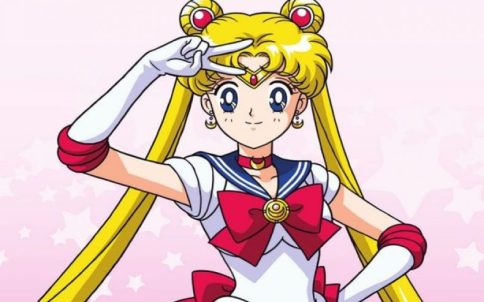 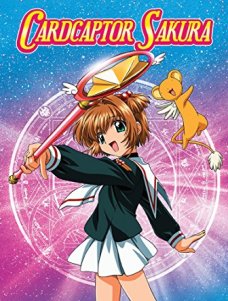 Like many a 90’s kid, my introduction to the magical girls of anime came from two sources. That being the Dic dub of Sailor Moon and Cardcaptor Sakura. As a kid, I loved these shows, but as I grew older and began to lean towards more action-oriented cartoons I found myself losing interest in the magical girl genre. I would not watch anything within the genre again until I was told to watch Puella Magi Madoka Magica to the third episode at least, and seeing as this suggestion was coming from someone who I knew did not have an interest in the genre. I watched the series and at first, I kept watching because I really liked the atmosphere of the labyrinths and the music for the series as well. Then episode three happened and well we all know, it’s not the kind of episode to lose your head over. Madoka started a trend of darker, edgier magical girl anime and people were calling these shows a deconstruction of the genre. Many anime since then have gone down the darker deconstruction route for the genre of their creators choice, but there is a kind of deconstruction I feel has been missing for a while in anime. The comedic deconstruction of a genre.

Airing during the 2018 Spring anime season, Magical Girl Ore tells the story of 15-year-old newbie idol Saki who has a crush on her idol partner’s cute older brother Mohiro and she is not very good at being subtle about it. One day she runs into a scary yakuza looking man outside her house who is looking for her mother, only he is not with the yakuza. He is a fairy looking for the local magical girl who happens to be Saki’s mother, but she is getting too old for the work, but with the help of her love she will has the power to transform into a magical girl herself, and it’s a good thing too because the demons are after her beloved Mohiro! If that was all there was to the series it would already be hilarious but there is one last hook to this series. 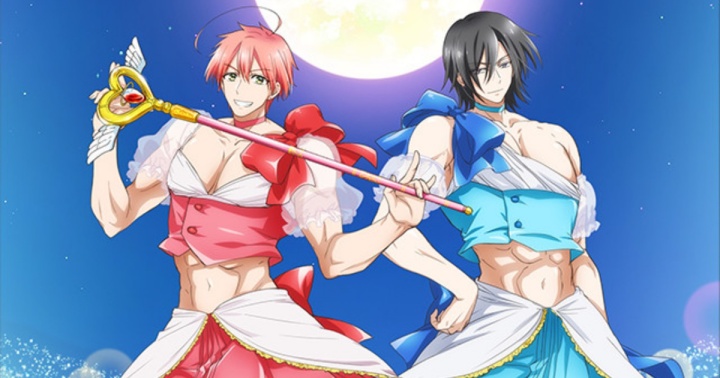 When girls transform into magical girls in this world they become more powerful by transforming into muscle-bound men! Again this is not something completely new to the genre, hell we already have a magical boy anime out called Cute High Defense Club Love (I hate this show so much). What makes Magical Girl Ore different from a series like Cute High Defense Club (other than the genderbending) is the pure entertainment factor of this series. Whereas when I was watching Cute High Defense Club it felt like many of the jokes just went on and on and on even the funny ones were dragged out too long. The exact opposite is true for Magical Girl Ore, the jokes both the subtle reference jokes and the in your face slapstick comedy ones work and made me lose it laughing. Comedy is subjective however and if you are not a fan of over the top comedy, then this is definitely not the series for you, also if you are not a fan of over the top violence in a comedy series then this is probably not a series for you. Things can get a bit graphic, though they do censor the gore at least. 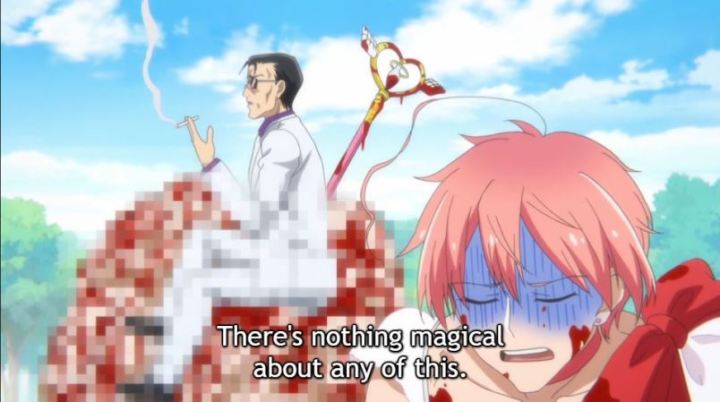 If you are looking for a hilarious take on the magical girl genre, or an out there and insane anime series that has plenty of fujoshi fanservice, did I mention the boys love undertones? This series has a lot of boys love undertones. Then Magical Girl Ore might just be the anime for you and if you enjoyed this series I recommend looking into Excel Saga and Puni Puni Poemy because the comedy in those two anime is very similar to Magical Girl Ore.