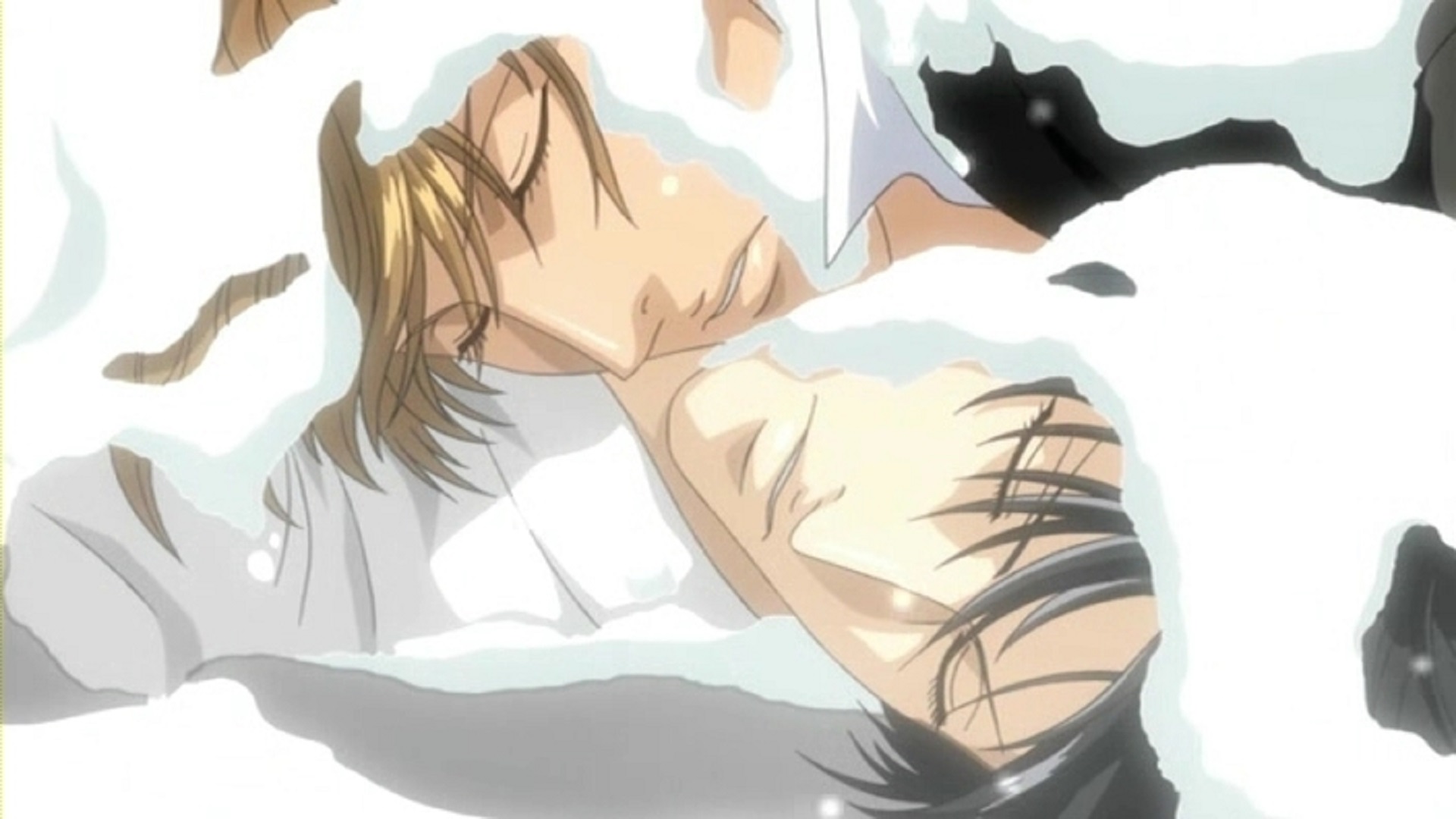 Before I get into the review of this OVA series a little background on the story of this anime that does not give away any plot of the story but does give some kind of context to the story told in the anime. Fuyu no Semi has a very familiar art style and the cast of characters if you are a long time fan in the yaoi genre. This is because the OVA is a spin-off of another anime and manga series called Haru Wo Daiteita. Which is an anime and manga that tells the story of a blooming romance between two former adult video actors (porn stars) making their debut into the world of mainstream actors. A story that focuses on the struggles that their former career choices are having on their personal and professional life. Fuyu no Semi is a movie these two actors end up working on, so yes they are the same characters in Fuyu no Semi but they are playing the role of the characters in the story, like any other actor. Now that, that is out of the way let’s begin the review of the yaoi anime that broke me emotionally the first few viewings and still tugs at my heartstring even today when I go back and watch it.

This anime is to date one of the few anime that has brought me to tears and I am not just talking about sitting there silently crying like I did the first time I watched the movie Grave of the Fireflies or that one scene from Clannad After Story, no I’m talking crying mess – tissue box in hand and my own mother asking what was wrong with me when I came out of my room after watching it for the first time. Even now I find myself tearing up when I watch it.

This was literally, me after my first viewing of this anime, make sure you bring the tissues when you watch this anime

Released in 2007 and produced by On-Lead with animation by studio Venet which was the animation studio behind the Angel Feather anime adaptation, these two BL titles seem to be the only animes they have worked on. It also has a western release through Media Blaster who have also released yaoi titles on DVD and Blu-ray (American Region only sadly) in the west such as The Legend of the Blue Wolves and the most recent adaptation of Ai no Kusabi and of course Embracing Love.  Fuyu no Semi or Embracing Love: A Cicada in Winter as it was released in the west, tells a story with a plot that will feel familiar to anyone who knows of the Shakespeare story of Romeo and Juliet, in fact, this anime is often compared to the classic tale of love and tragedy. 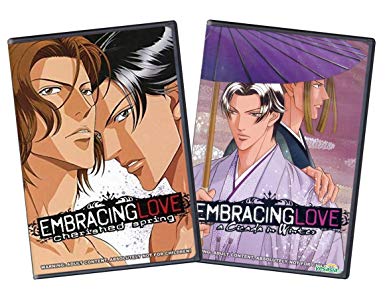 Set during the war-torn era of Japanese history when the countries rule changed from Shogunate to Imperial rule and began opening its borders to outside trade with the rest of the world (1862-1869) Fuyu no Semi tells the story of blossoming love and heartbreak between two samurais on either side of the conflict. Touma Kusaka is a part of a clan that wants to keep the country closed off from outsiders, and because of this belief decides to learn English in secret away from his clan. He is a gentle soul that wants to see the good in those around him. Keiichirou Akizuki comes from a powerful family within a clan that wants to open the borders and due to a chance encounter twice with Kusaka agrees to help the man learn English as a sort of teacher and through this sharing of knowledge the two become friends and then lovers, but with their clans at each others throats can love survive in this time of conflict? Seeing as this anime is often compared with Romeo and Juliet you can probably already guess the answer to that question, but it is what these two do to keep their love for as long as they can with each other that truly makes their love a beautiful tragedy. 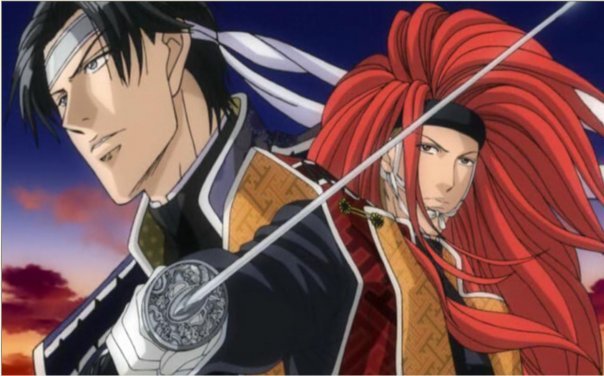 This anime is my all time favorite anime and this because out of everything I have watched over the years no anime before it or since has hit me so hard on an emotional level.  Love stories especially within boys love, can be a dime a dozen and begin to fall with the same tropes and trappings to the point where they can become predictable. It is for this reason why I have many genres I do not enjoy to watch or read because I find them over predictable. The best example I can give for this is old western movies. Both my parents love western movies and I watched them as a kid, but after a while, once I learned the usual stories formula they just became dull and boring to me, even if they did have some cool action scenes.

This is also a problem I know a lot of old school and older anime fans are having with modern anime. Each season we are told we are getting new anime, but it is beginning to feel like all these anime seasons are blending together into something I honestly do not want to watch anymore. Every season we will have some anime set in high school, every anime season we will have some sort of harem or ecchi anime and as of the last few years nearly every single season we have yet another isekai series and you just know at least one of them will be set in an MMO! (heck I think we have two of these this season) This is why a lot of anime fans are looking to older series just to find something different. If you are looking for something different to watch this anime season or a boys love anime with more heart and plot than anything else, you owe it to yourself to give Fuyu no Semi a watch, you do not even have to watch Haru wo Daiteita first. That being said I had a lot of fun at the beginning of this month marathoning both anime one after the other!

Till next time I am your Mistress of Yaoi!

4 Replies to “A Cicada in Winter – Boys Love Classic Review”